Seattle May Sell This Park-Like Land To Help Fight Homelessness 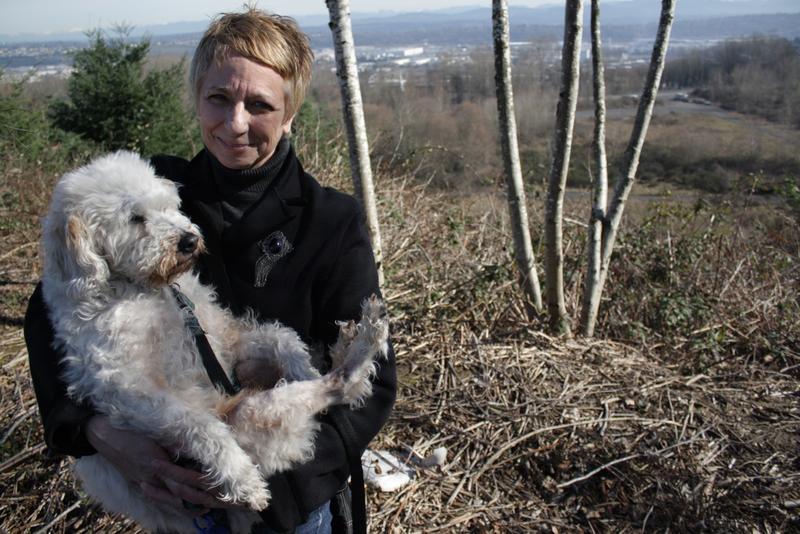 Barbara Dobkin, council of the North Highline Unincorporated Area Council, stands with her dog Mattie on a hill in front of the Seattle city-owned land she’d like to see turned into a park.
KUOW Photo/Joshua McNichols

It’s nearly impossible to find empty land in Seattle. But down at the far south end, there’s 40 acres with nothing on it. And it’s owned by the city of Seattle.

Locals would like to keep it wild. They think of it as “Discovery Park South.” But the city has other plans.

Barbara Dobkin and I are standing on the city border. It separates unincorporated King County and Seattle.

Dobkin: “Now when I tell people we have incredible views down on the south end, people don’t believe me.”

The border is marked by a row of blackberries at the top of a steep slope heading down to the Duwamish river. Her dog treads carefully over the thorns.

Dobkin helps run the unincorporated part of King County known as North Highline. She points to the King County side of the border: a high plateau, that will soon be full of housing. It’s part of a big project being built by King County.

Dobkin: “And the homes that they are building, the market rate homes, lack yards. So there’s no open space really around the homes. They’re all very high density, close to each other.”

On the Seattle side is vacant land, down at the bottom of a steep slope. Dobkin imagines a park here, with trails, like Discovery Park, but smaller and in South Seattle. 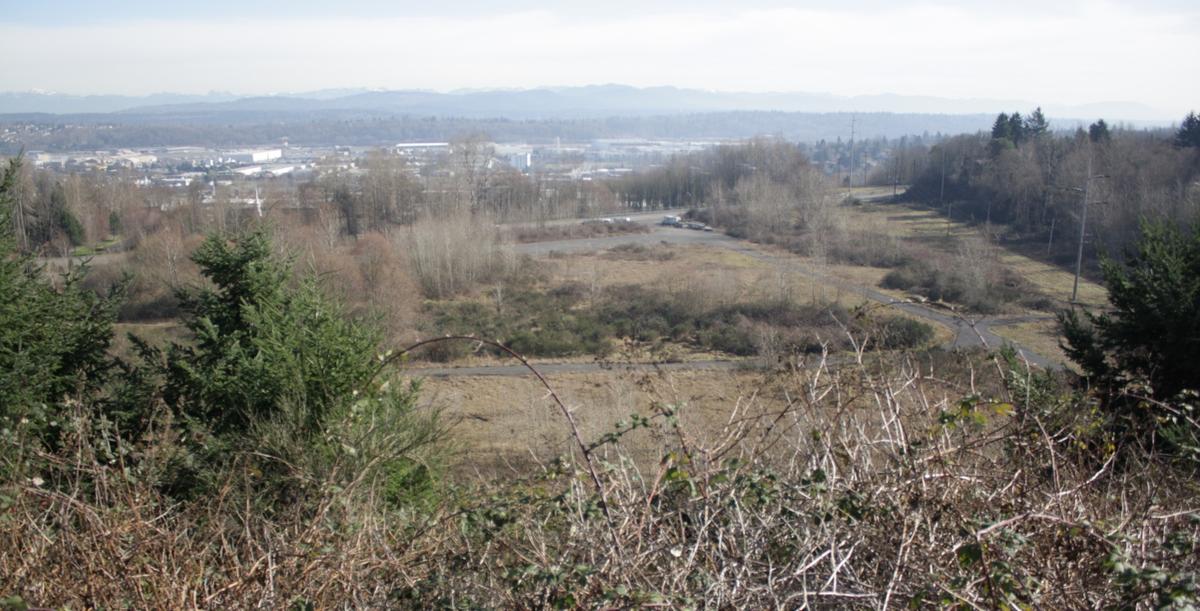 Once intended as a campus for Nintendo, this rare piece of undeveloped land called the “Myers Way properties” was snatched up by Seattle for a firefighter training facility. It only needed part of the land though. It’s been trying to dump the extra land ever since.
Credit KUOW Photo/Joshua McNichols

Dobkin: “Unless we take a stand at this point to preserve this, we’re going to lose it.”

When she stands here at the border, Dobkin is thinking about the kids who will live here, who she says will only know ball fields, but not wild spaces.

Dobkin: “We have birds coming in here that we don’t have anymore in other areas of Seattle. Frogs are in here.”

Chip Nevins, Seattle Parks and Recreation: “And when we look at a property, we look at one main thing: We look at a gap analysis, which I am showing you right now.”

Nevins points to bright orange areas on a map of Seattle. 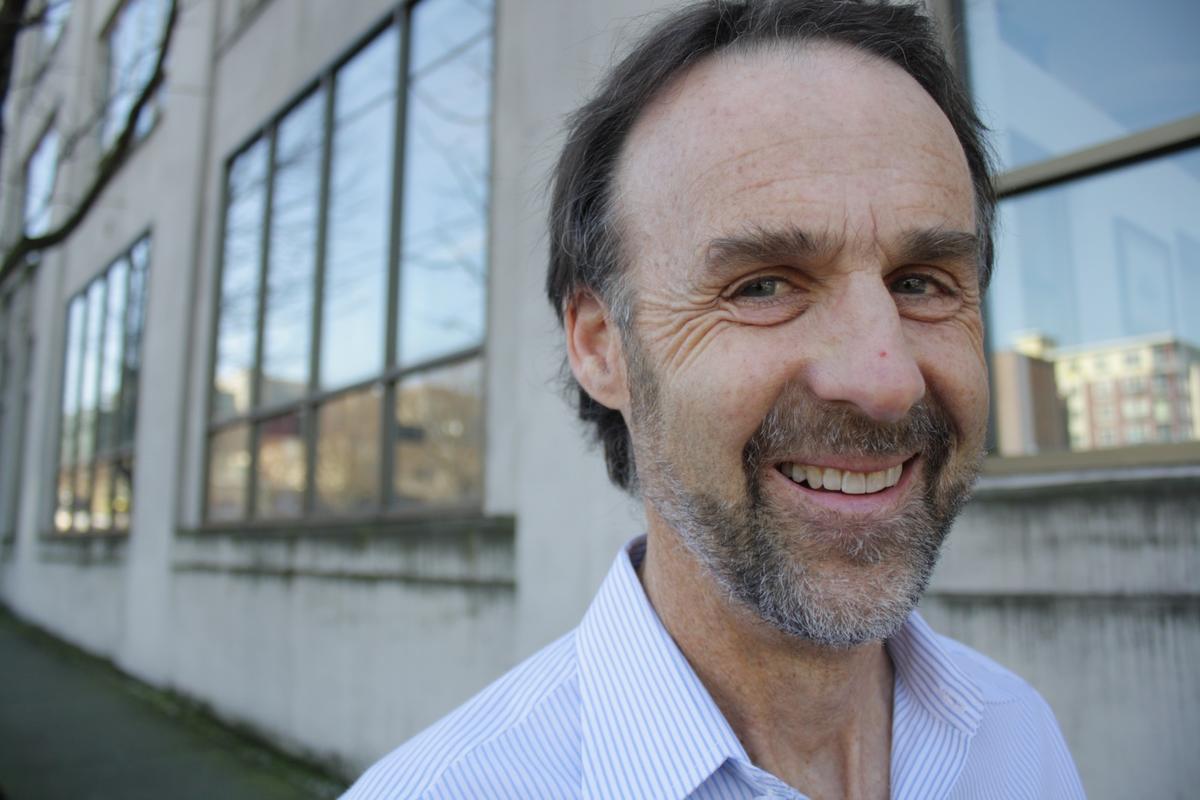 Nevins: “It shows the areas that are underserved – or unserved by park space. And those are the gaps that we really target our acquisition money for.”

He says other areas need parks more desperately than this area, like the North Rainier Valley, the Bitter Lake area and the University District.

Nevins: “The challenge is that land values in Seattle are really high. And so park land is really expensive.”

Officials are leaning towards another use for Discovery Park South.

Hillary Hamilton: “The most likely purchaser would probably be a large distribution warehouse.”

Hamilton is in charge of selling the city’s extra land. She says the city could probably get $12 million for the flat part of the property. The City Council says it wants $5 million of that to fight homelessness.

Hamilton: “There’s a lot of important causes, and it can be a hard balance. We try to look at each property and say, ‘What could you do here? What are the pros? What are the cons?’”

Hamilton says in the end, the final decision lies with the City Council. And its members have already said they want to sell.

Hamilton: “But they could change their mind. We have a new council. The council could make another decision. But then they’d have to come up with another source of the money.” 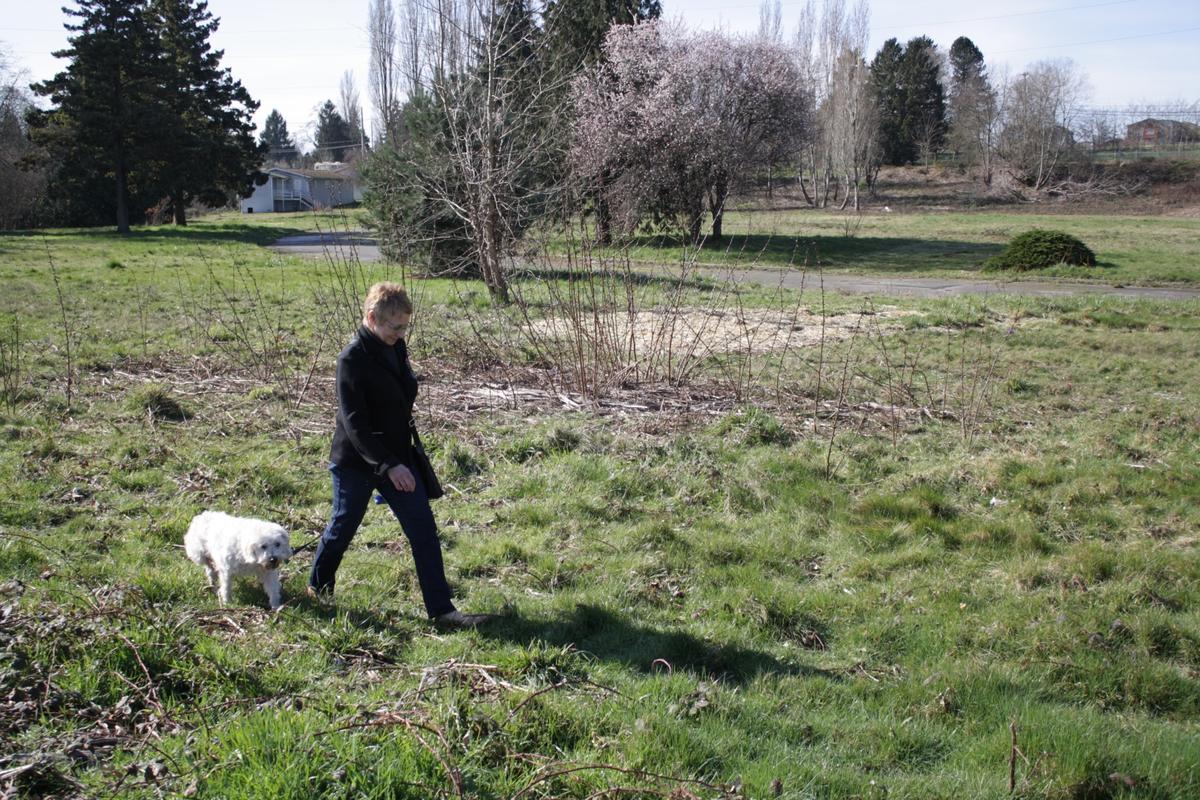 King County plans to extend the Greenbridge housing development onto this grassy plateau. From here, they’ll have great views of the Myers property below, which some want to see become a park, but which might become home for a distribution warehouse.
Credit KUOW Photo/Joshua McNichols

Dobkin: “Why does every bit of this city have to be paved over and developed?”

The city wants public input on the decision.

This entry was posted in TreePAC. Bookmark the permalink.